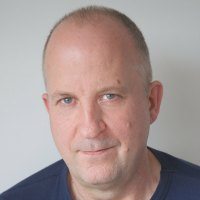 Charles Jameson is an astrology blogger, researcher and educator. He began his astrological journey in 1993, learning from Kay Raymer, which culminated in gaining the FAA Practitioner Diploma four years later.

He has presented at the Victorian Astrologers Association (VAA) and at the 2018 FAA Conference. Presentation topics included the astrological life and times of cult leaders Jim Jones and Marshall Applewhite, Elizabethan astrologer Simon Forman and Jupiter – Saturn conjunction cycles.

Charles is a graduate of John Frawley’s Horary Apprenticeship and Robert Zoller’s Foundation of Medieval Astrology. He was a co-convenor of the two Regulus Traditional Astrology Conferences in 2009 and 2011.

The 2020 Jupiter – Saturn Conjunction: What it Means for Humanity

Jupiter – Saturn conjunction cycles have fascinated astrologers for hundreds of years. Their conjunction in 1643 was meaningful enough for William Lilly to write a whole book about it.

This presentation looks at how history relates to these astrological eras, and why. And what the December 2020 Jupiter – Saturn conjunction can tell us about humanity’s immediate future.