It seems inconceivable that 30 years have passed since I first met Alia at the FAA conference in Adelaide in January of 1982. It was a meeting that would be the beginning of a lifetime friendship between us.

Alia had a pivotal influence on my early teaching style. True to his Sagittarian spirit, he was an inspirational teacher, drawing strongly on metaphors that articulated astrological images to his students in a powerful ways. His teaching laid down a template of learning that was both inspiring and scholarly. Alia was extremely generous in sharing his knowledge but he had high expectations of his students and motivated them to do their best. He demanded they keep up and expected a level of commitment and studious rigour that was rare in those early days of more formal astrology classes in Australia.

Structure and advanced standards of astrological learning were extremely important to Alia and he was very active within the FAA. He served on the National Council for 10 years and was a dedicated member of the FAA Exam Board from the early nineties until 2006. And of course he was a familiar presence on the faculty at our biennial FAA conferences that were held in Perth, Adelaide, Brisbane, Hobart, Sydney and Melbourne. Alia loved the conferences as they created the opportunity for both work and play with the community that he felt most connected to. Saturn was a constant companion for Alia, but in the company of those he felt relaxed with, his sense of fun had a chance to emerge. When it did, it was highly contagious. We shared many laughs and joy-filled moments of frivolity and there will be those reading these words who remember, with a smile, such occasions.

Alia was a complex man. Difficult? Yes at times. Recalcitrant? Definitely. Yet underneath the bluff and gruff was a deeply sensitive man with a passion for sharing his astrological wisdom and drawing (some would say dragging!) knowledge out of others that they didn’t know was there. This is the essence of an educator – to bring out what is already there – and Alia did it so very well. He was faithful to his vocation.

When Alia was diagnosed with Lymphoma in mid 2010, he turned to both medical science and his meditative practices as he fought his illness. When he went into remission after chemotherapy, we prayed for his recovery. But it wasn’t to be, and in January this year the Lymphoma came back with a vengeance. This time Alia chose to accept that his lifetime was coming to an end and decided against pursuing more treatment, which may or may not have prolonged his life.

Alia died on the morning of April 5, 2012 and it’s still so hard to believe that he has physically left us; but he will live on through his partner Karen whom he loved deeply, his brothers and sisters, his friends, colleagues and the many students who had the privilege of his teachings. I will always think of him so very fondly and lovingly.

Those of us on the Solar Fire team were saddened by the loss of our colleague Alia Ryder. Alia was the Solar Fire NSW agent for several years and earned our respect as a formidable and accomplished astrologer. His command of Solar Fire and Jig Saw was comprehensive. He was, in short a top-notch astrologer.

I was fortunate to get to know a little of the private Alia, a side that he guarded fiercely. This gentle, humble and honest man will be sadly missed. 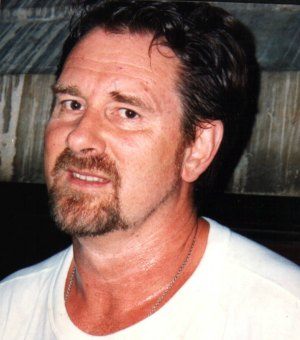 The first time I met Alia was at Lake Taupo in New Zealand. It was January 1984 at an astrological conference sponsored by the Astrological Society of NZ. We would meet again a fortnight later at the FAA conference in Melbourne.

Looking back those were the early days of our astrological careers and we were all getting to know one another personally and professionally. I was looking forward to meeting Alia as I had already heard from some Aussie friends of his work. His reputation had preceded him. I have many memories from this conference and two with Alia distinctly stand out. After having participated in his pre-conference workshop I remember feeling relieved that I had not put my chart or myself forward. Alia dug deep down and uncovered things! My second memory is the morning dance exercise group – he’d show up every morning and dance like he was in the Fame movie! He was consistent and at every conference when we would meet again, he would always be digging deep and dancing.

If you did not know Alia it would be easy to misread him, as what you saw was not always what you got. Alia encouraged self-reflection with your personal horoscope as your guide. He was an innovative and stimulating educator in astrology and left a legacy through his work with the College of Humanistic Astrology, the first (at least that I know of) that offered an ongoing astrological syllabus that encouraged self development and conscious awareness through the study of astrology. He was passionate about astrology. Even after ‘retiring’, his monthly New Moon script from Captain Chaos was eagerly awaited. Sadly it was on March 4th at 11.12 am with Venus and Jupiter rising, that Captain Chaos said goodbye to his readers:

‘There’s nothing more I have to do this lifetime except enjoy the stillness of being. To all those I have taught, I offer my gratitude and love. I hope I have served and taught you well the most valuable life guidance tool I have ever encountered.’

Well Alia, you did. Recently I was in Sydney doing a weekend seminar called the Soul’s Diary. Part of the preparation for this workshop was to reflect on soul and what it means to us, so we can use the word more confidently in astrology. I asked the participants to write on this, what it meant, who inspired it in us. This was pre-homework. At the opening of the workshop I read what had been handed in: one participant identified her soul influences as Buddhism and Taoism. She then continued to say, ‘my main astrological mentor has been Alia Ryder’. At that moment Alia was there. Not there in the room, but in our hearts and memories of someone who made a difference in our astrological community. And Alia contributed to our astrological family in so many ways.

Sadly he leaves behind his soul mate, Karen. They met in 1990 at the Adelaide conference and have been together ever since. But he also leaves behind an example of an authentic way to honour astrology in our lives.

Thank you Alia for your being,